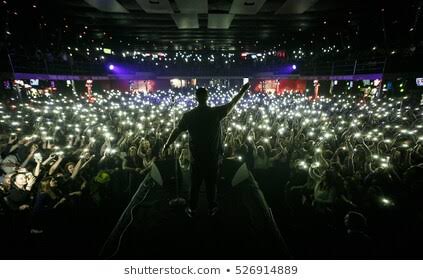 Sometime back, in the ever happening capital of East Africa, Kampala, there was an uproar by some local artists against KCCA, the body governing the capital, after it emerged that KCCA had paid about 165 million to Diamond Platnumz, a top Tanzanian artist for the now defunct KCCA festival. 165 million of the tax payers’
money & on top of that the tax payer had to pay entry fee into the event. They too
argued that they deserved a pretty big take home. I really felt their pain. Totally makes sense but it mainly stops at that because I think our local artists should not be complaining of the payment because Diamond is an international artist. Who pays an international act lesser than the local act? Like he is their curtain raiser or something?

The guy is now branded. Apart from being the only sexually unifying factor in the East African Community, he’s done projects & won awards our acts cannot win even if he stopped singing for some time & left them to enjoy the spotlight. You hardly have any international collaboration & you are busy campaigning for the same pay with a guy who has built a brand. A brand where you don’t just wake up fwaaa & make collaborations with people like Neyo, Rick Ross or Omarion. It is the brand you set that determines your worth. Event organizers will pay you according to how you have built yourself & or marketed yourself or the value you bring when you grace an event or market a product.

You can’t say you should be given all that money as a Ugandan artist yet we literary see you guys everywhere. From the local bar to the streets, in downtown Kampala, on
literary every event & we’re literary fighting for the same girl on social media. There’s nothing much to see from you. People yearn for something different. For acts they don’t see or bump into the streets or bufunda every day. For acts that are making international headlines. Not only in uniting the East African region by bedding
beautiful girls in each country but also in promoting East Africa to the international music scene & you said it yourself that you give us hit after hit every day. Don’t you think we get tired of that everyday stuff? You happen at every concert, why should we then pay again to see you one week later? Tetukoowa?

For some of you we don’t even understand the sort of music you do. Year in year out you still sing the same gibberish though it is the beats that literary change & you still expect us to follow your lead? Damn no.
One thing Ugandan artists should do is to brand their craft to an international level, get better bargaining skills after making better marketable music & see whether other countries won’t fall over themselves paying you obscene money so that you perform on their big gigs. Something people like Kenzo & Chameleon have crafted already &
after that you brand them illuminati. Namwe mugendeyo muzikole, tumbavu!